Codechamp manufactures optical encoders, some of which have quite amazing resolution. They find uses in a wide range of devices from radars to helicopter turrets.

The device described on this page was a result of some work with Christer SM4FXR who has a 16 bit Gray coded device. 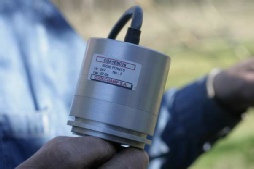 The secret to making the 16bit device work with my system is threefold:

Download this GIF of the circuit for the two 74HC165. Each chip converts 8 bits of the input from the encoder, the lowest significant bits from the first chip are couple to the serial input of the second chip to shuffle all 16 bits through to the AZ/EL unit.

The pin connections on the AZ/EL unit are: 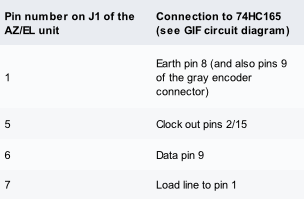 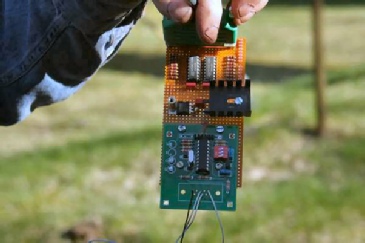 Photo right: The shift register system connected to the AZ/EL board. 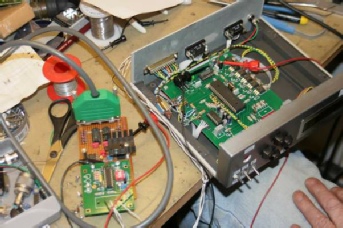 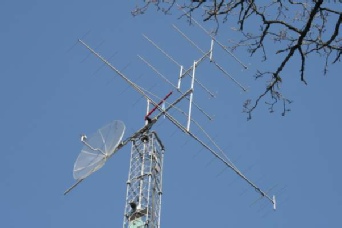 Test setup on bench at SM4FXR

SM4FXR antenna system. A 3M dish for 1296MHz EME is being planned.

Here are the two files (one) and (two) of the specifications of the COA1E8C16 unit used by Christer. The manufacturer of the encoder is Codechamp S.A. in France.